Co-presented with the University of Art and Design Lausanne (ECAL), Fonction:Cinéma, les Cinémas du Grütli and the Théâtre du Grütli 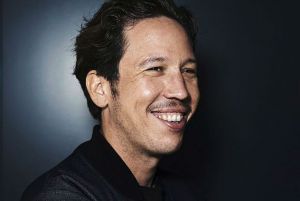 Now a major figure of French cinema, Reda Kateb has emerged in recent years as one of the most talented actors of his generation. Revelation of Jacques Audiard’s A Prophet in 2009, we have seen in particular in Kathryn Bigelow ‘s Zero Dark Thirty (five Academy Award nominations), Guillaume Gallienne’s Me, Myself and Mum (César Award for Best Film) or Lost River, Ryan Gosling debut film as a director (selected at Cannes in 2014). Thomas Litli’s Hippocrates, for which Reda Kateb was nominated for a César, was recently screened at the Grütli Cinemas, and received great critical and popular acclaim in 2014.